Number of innovative companies soars in Estonia and Portugal, dwindles in 8 member states 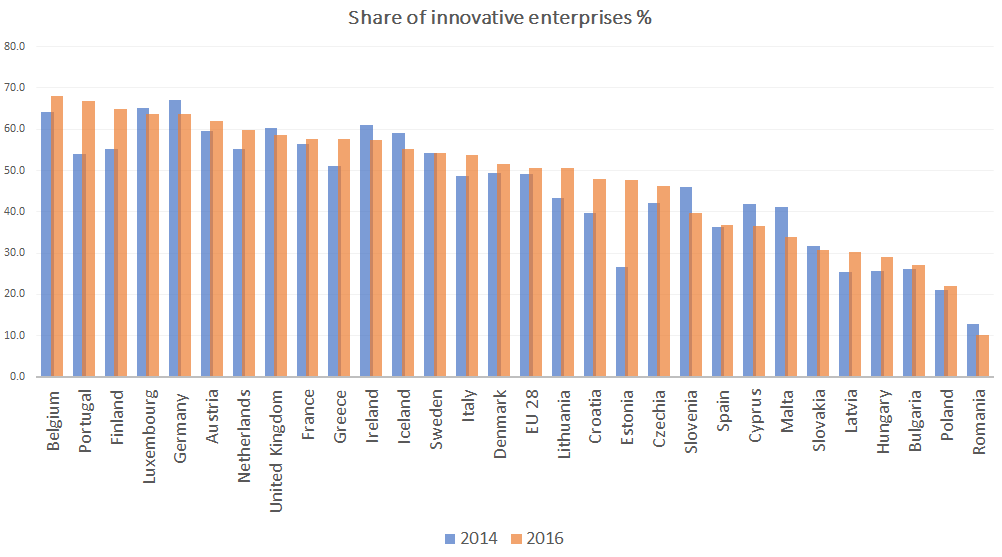 However, the number of innovative companies decreased in eight member states, while the EU average only increased slightly. According to the survey, 51 per cent of enterprises with more than 10 employees reported innovation activities between 2014 and 2016, while only 49 per cent did so between 2012 and 2014.