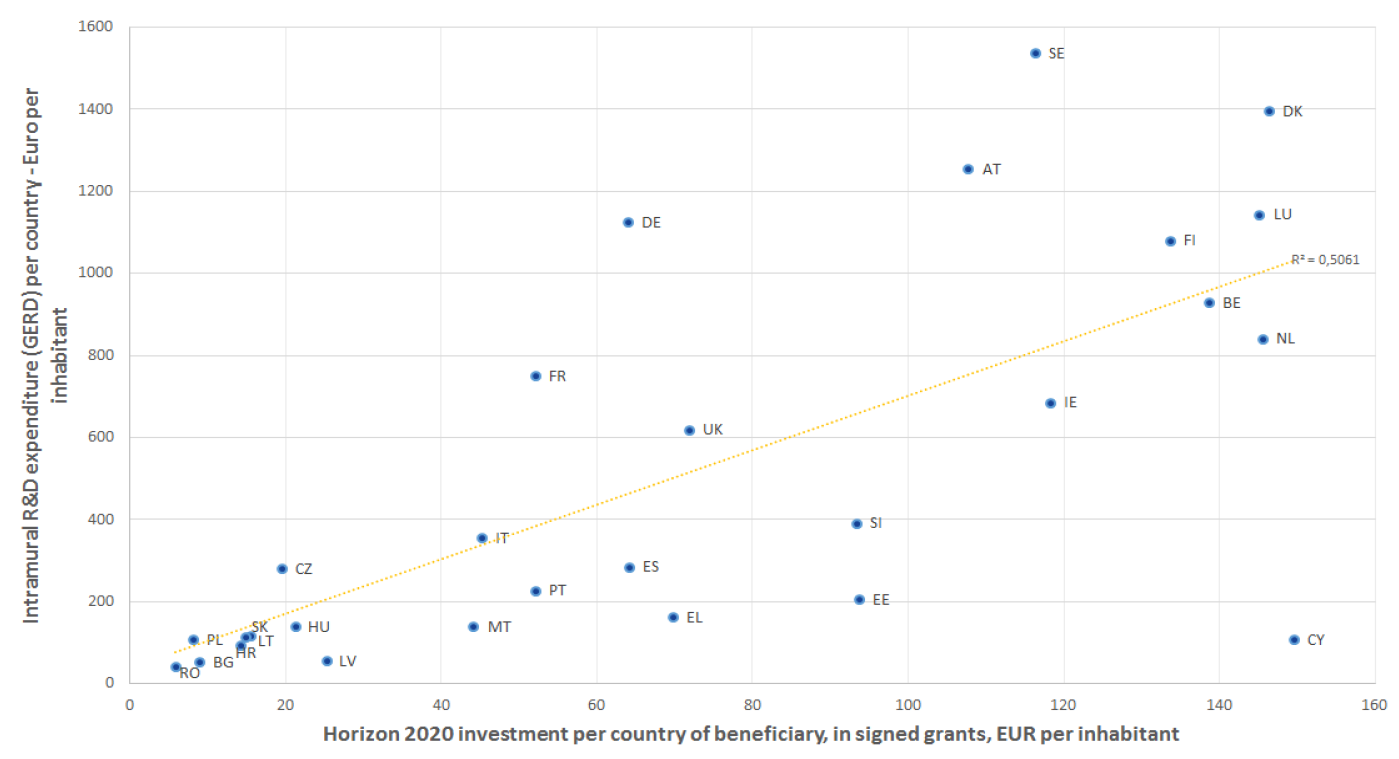 The more a country spends on research and development, the more successful it is in getting EU research grants under Horizon 2020.

According to European Commission data, a country’s national R&D capacity is directly proportional to its success rate in EU’s research programmes.

Under Horizon 2020, the Commission has introduced some measures that were supposed to spread excellence and widen the participation of member states in EU research programmes.  About €328 million has been spent so far on spreading excellence, while programmes such as COST and the Policy Support Facility provide support to member states with low performing research and innovation systems.

How the EU spent €469M on COVID-19 research in a year
02 Feb 2021
Estonia, Cyprus, Belgium and Germany lead innovative SMEs league table
21 Jan 2021
US and China the biggest partners in COVID-19 biomedical research collaborations
14 Jan 2021
Over 1,000 COVID-19 drugs, diagnostics and vaccines currently in the pipeline
05 Jan 2021