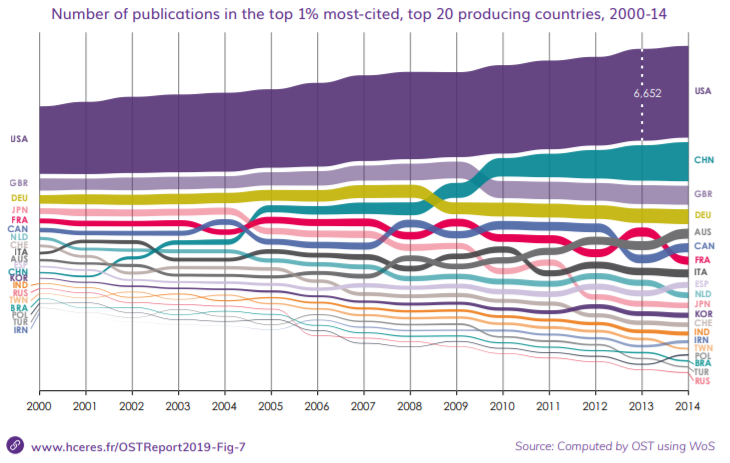 Despite producing more highly-cited scientific papers, several EU countries have slipped in world rankings, as China boosted its scientific output, according to a new report by France’s High Council for Evaluation of Research and Higher Education (HCERES).

The report tracks trends in the number of most-cited papers produced by the world’s top 20 research intensive countries. As of 2016, the top four producers are the US, China, the UK and Germany.

France started the millennium in 5th place, slipping to 7th by 2014, after fourth placed Japan fell to 11th position, while China, Australia and Canada rose above France. China rose from 12th place to 2nd place, meaning both Germany and the UK lost a place in the ranking. Switzerland also fell from 8th place to 12th place, while Australia and Canada have considerably improved their performance since 2000.

Between 2000 and 2014 Japan lost ground to Canada, France, Australia, Italy, the Netherlands and Spain, as it slipped from 4th to 11th place, while India has remained in 14th place.

In 2016, almost 20,000 publications issued in 2014 occupied the top centile attracting the most citations in the three-year window of observation.

Source: HCERES, Dynamics of scientific production in the world, in Europe and in France, 2000-2016