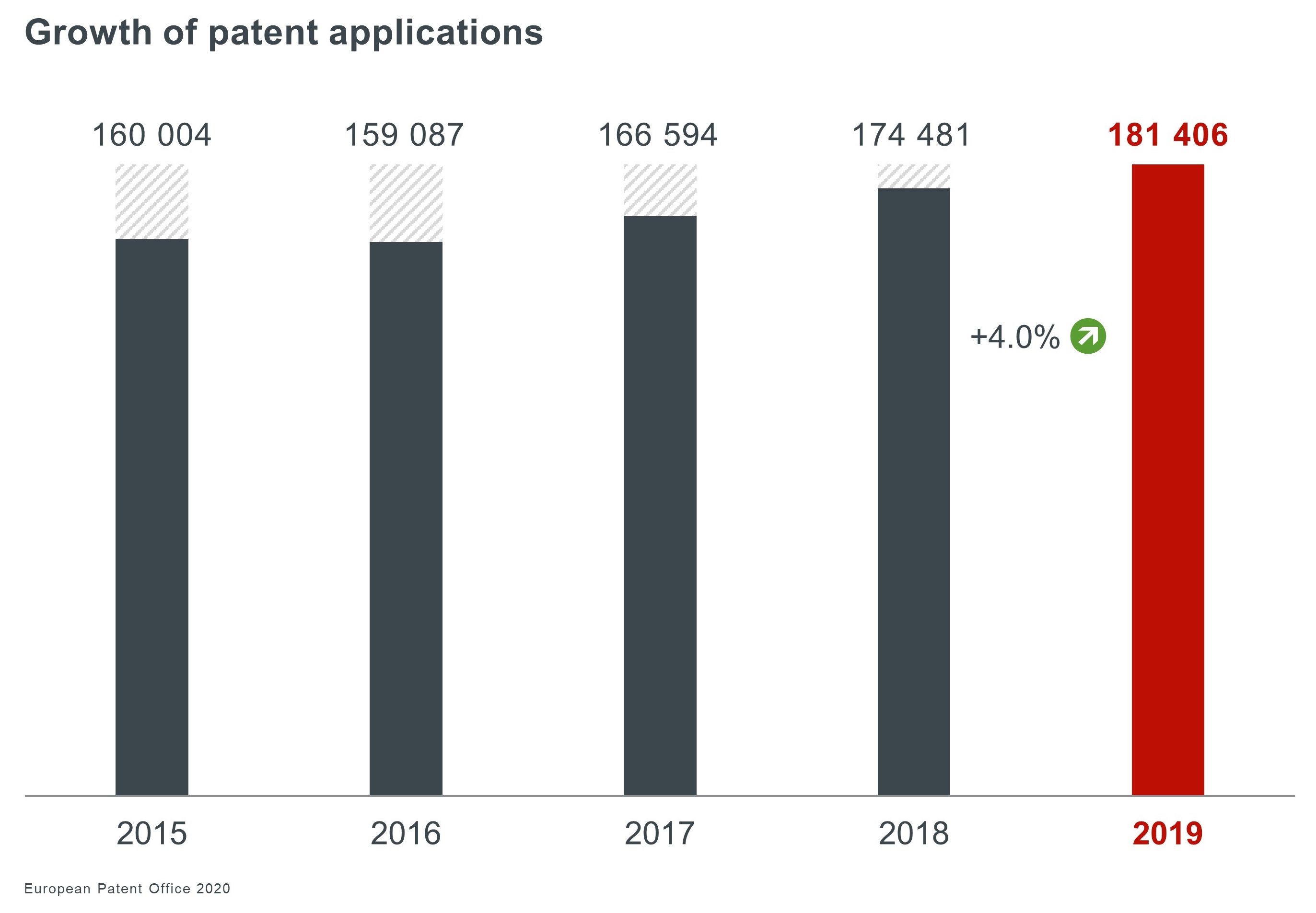 European patent filings increased by 4 per cent in 2019, driven by a surge in digital communications technologies, according to the latest data from the European Patent Office (EPO).

EPO received more than 181,000 patent applications in 2019, the highest number ever. The number of patent filings in digital communication increased by 19.6 per cent compared to 2018, a faster rate of  growth than in any other sector.

According to EPO, digital communication took the lead in patent applications for the first time in more than a decade, overtaking medical technology, which had been the lead technology at EPO since 2006.