Chinese corporate R&D spending up 20% in one year 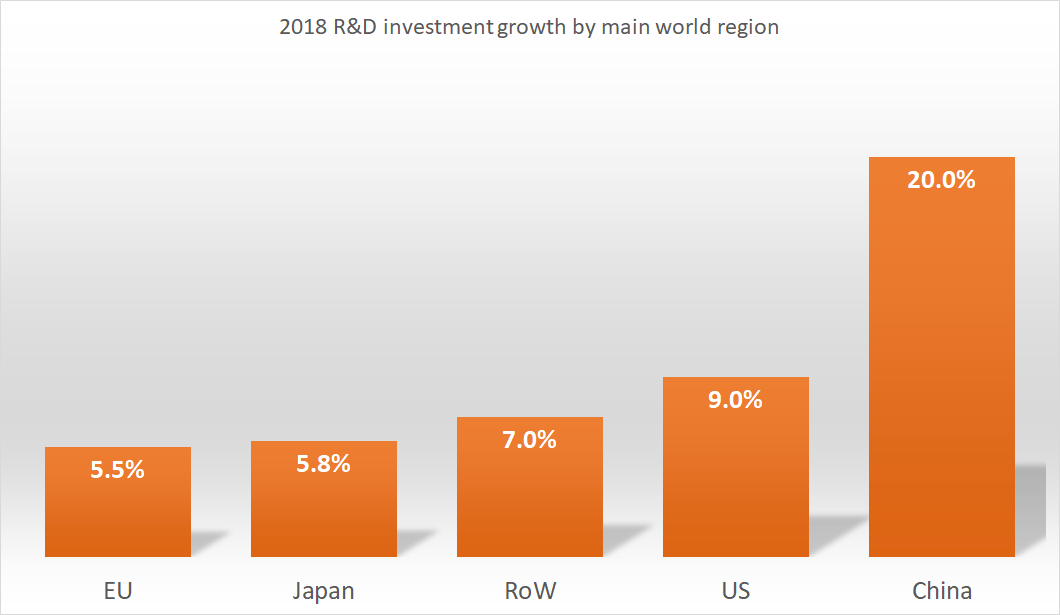 Corporate R&D spending in China is growing at a faster pace than anywhere else in the world, according to the 2018 edition of the EU Industrial R&D Investment Scoreboard.

The scoreboard is based on R&D data from 2,500 companies around the world. These companies, based in 46 countries, each invested over €25 million in R&D for a total of €736.4 billion which is approximately 90 per cent of the world's business-funded R&D. The 577 EU companies included in the analysis invested a total of €200.1 billion.

Worldwide R&D growth was driven by the ICT services sector, followed by the health sector. EU companies reduced their global R&D share in ICT industries by more than 8 per cent.

But, EU companies increased their R&D contribution in the automobiles sector by more than 6 percentage points. 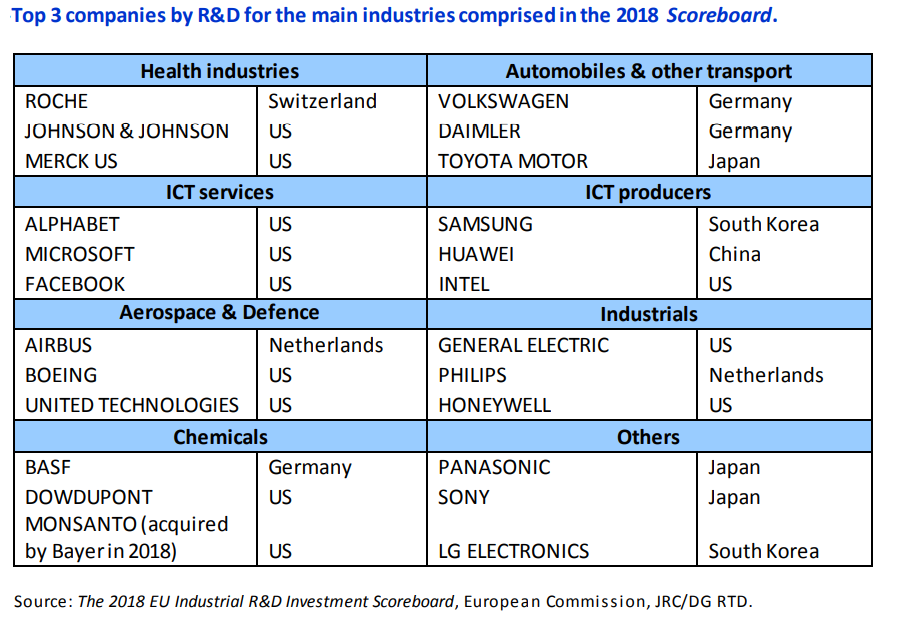