China gets ahead in supercomputer race

According to the latest Top500 data on supercomputing capabilities, the share of installations based in China continues to increase, with the country now hosting 227 systems, or 45 per cent of the total number of installations world-wide.

However, while China has the most systems, the US still dominates in terms of performance. Two systems at the US Department of Energy (DOE) rank first and second in the world: the Summit supercomputer at Oak Ridge National Laboratory, and Sierra at Lawrence Livermore National Laboratory.

The number of US-based supercomputers continues to decline, reaching in November 2018 an all-time low of 109, 22 per cent of the total.

Number and world share of supercomputer installations, by country 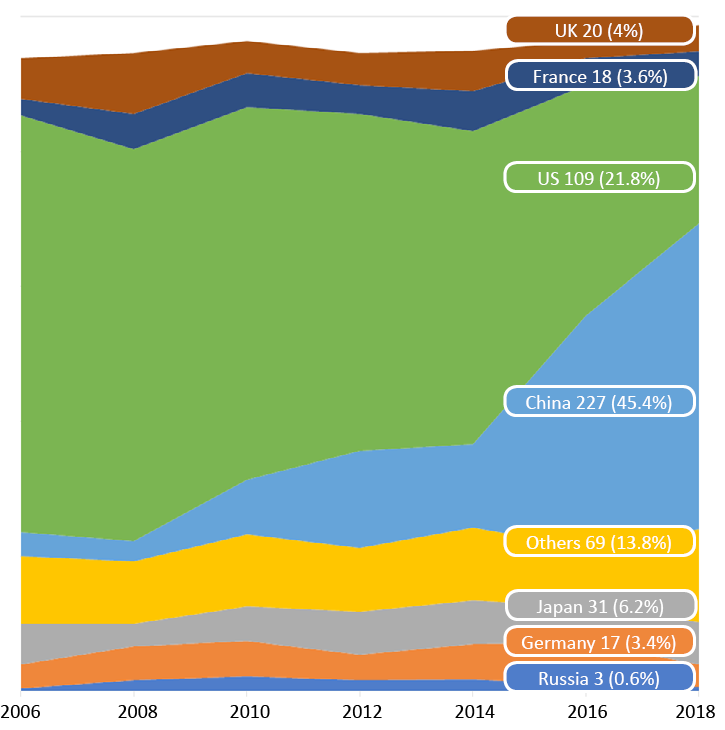