Sorbonne University interview: What are European research infrastructures good for? 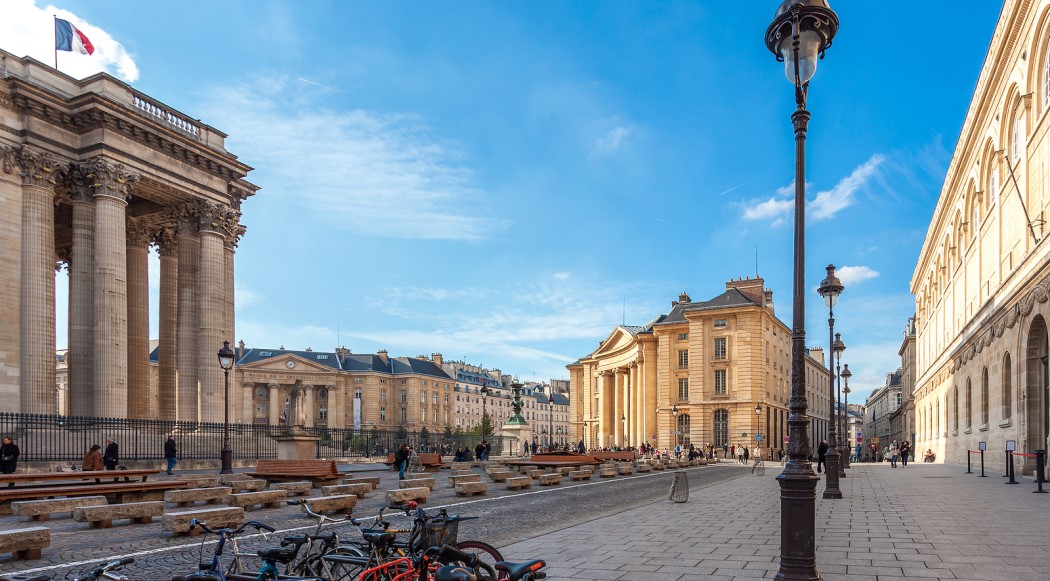 Created in 2002, the European Strategic Forum for Research Infrastructures (ESFRI) is European support that contributes to the development of the European Research Area. It constitutes a framework for collaboration between states in which France and Sorbonne University actively participate.

What are the objectives and challenges of ESFRI?

Serge Fdida: Its mission is to support a coherent and strategic approach to policy-making on research infrastructures in Europe, and to facilitate multilateral initiatives leading to a greater use and impact of research infrastructures at the European and international levels. This also allows the development of competitive and open access to scientific instruments of international quality and scope.

This goal is to avoid the fragmentation of individual policies by organizing a joint investment strategy between Europe and the Member States. It also allows a rapid and adapted response to the accelerated evolution of the frontiers of science at the service of scientific communities and society. ESFRI delegates are appointed by the competent ministries of the Member States with the participation of representatives of the Commission, making ESFRI a tool for coordinating national and European strategies at the political and scientific level.

In what context was it set up?

S.F.: The European Council created ESFRI in 2002 with the objective of proposing a roadmap for the programming and deployment of coherent pan-European research infrastructures that are strategic for European science and competitiveness. ESFRI published its first roadmap in 2006. It is regularly updated with new projects resulting from a drastic selection process. The 2021 roadmap has just been published.
ESFRI deals with all disciplinary fields and is organized in six working groups covering all scientific themes. The objective is essential since it aims to ensure access to top-notch research infrastructures for European scientists in order to develop cutting-edge research. ESFRI also contributes to sharing good practices and defining open and fair conditions of access to these infrastructures.

How do you fit into the ESFRI roadmap?

S. F.: The process is complex because ESFRI's requirements are very demanding, with the aim of getting a project up and running with regard to the necessary investments (the most emblematic example is a telescope!). Projects must follow a cycle in which each step is validated by the verification of minimum objective constraints to be met before entering the next phase (conception, design, preparation, implementation, operation, decommissioning). The lifetime of the instrument, depending on its nature, varies from 10 to 20 years.

How much is the ESFRI investment?

S.F.: ESFRI represents a global investment of €25 billion. The 11 new projects selected to enter the 2021 roadmap represent an investment of €4 billion from various funding sources. This shows that the right scale for equipping scientific communities with world-class research infrastructures is Europe, in relation to the amount of investment required, both in terms of technologies and human resources and international competition. The projects that fall within the roadmap must then be structured to become autonomous, and therefore take a specific legal form (ERIC or AISBL for the majority), a governance in which the ministries and organizations are represented, an office with the necessary human resources and a financing plan.

What is the involvement of Sorbonne University in ESFRI and what is the impact of this framework for our university?

S. F.: Sorbonne University has extensive experience in the development and operation of test platforms in the field of digital infrastructure (networks, Internet of Things, cloud and distributed systems). Indeed, we have installed and still operate on the international platform PlanetLab Europe in 2007, and OneLab, funded by the European Commission in 2010. FIT (2011), winner of the first Equipex, was included in the roadmap of national research infrastructures (IR) in 2018.

These platforms are not demonstrators but follow the common principles of scientific instruments in terms of use, access, openness and operation. For example, PlanetLab has been cited more than 18,000 times in scientific publications that have used it to provide experimental validation of their research. The challenge we took up with the support of Allistene was to propose and deploy the first ESFRI scientific instrument in the field of digital sciences. Indeed, and even if it may be surprising, it was still considered that the production computer equipment was sufficient to support our research, which is of course not the case, because they are not controllable. For this, we had to convince ESFRI and experts from other scientific fields.

Since 2017, Sorbonne University has co-coordinated this effort with INRIA, along with the participation of several French organizations and especially 15 member states, of which 12 have already committed to political support of our infrastructure, associating universities and research organizations across Europe.

Sorbonne University already has coordination experience in ESFRI with the EMBRC (European Marine Biological Resource Center) entered into the roadmap in 2008. The impact for Sorbonne University is essential because, beyond the speeches, it demonstrates that a university can coordinate projects and national scientific instruments, even at the European level, if it gives itself the means.

I am coordinating SLICES, which has just been included in the ESFRI 2021 roadmap. We hope that it will enable the excellence and capacity of Sorbonne University to play this role on a theme whose impact in terms of the training, economic and social dimension and sovereignty are essential.

This article was first published on 10 December by Sorbonne University.