RIKEN: Confronting a string of epidemics including COVID-19 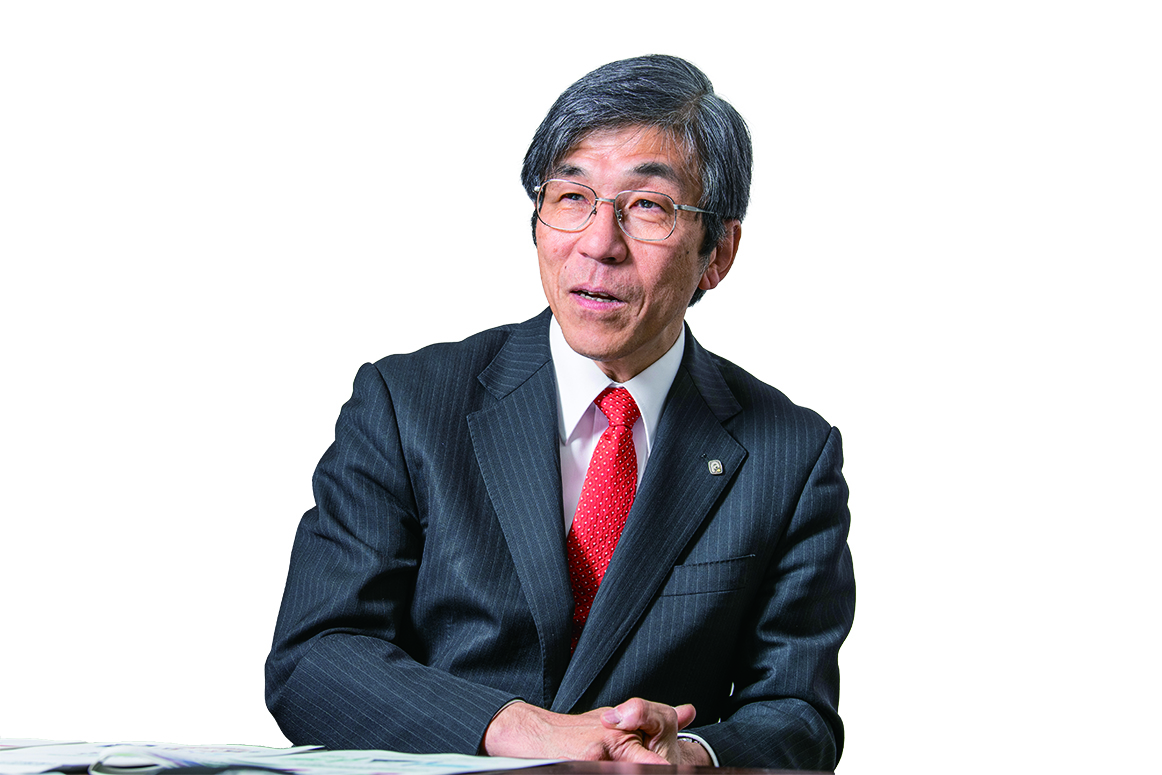 This article is based on an interview with RIKEN Executive Director Shigeo Koyasu.

The emergence of COVID-19 was not a surprise

However, the hard reality was that RIKEN did not have a manual for dealing with an epidemic of this magnitude, so as the pandemic began, we started to implement measures even as we monitored the situation. In order to protect our employees and to prevent the spread of infections through movements of people, we hastily introduced staggered commuting on February 20 and telecommuting on March 2, and instructed our administrative departments to formulate Business Continuity Plans (BCP). From April 8, when a national State of Emergency was declared, all employees were in principle ordered to work from home, and experiments using laboratories were suspended, leaving only those related to COVID-19. We had to decide what continuity was truly important, and gave special permission for personnel involved in key activities such as caring for precious laboratory animals and maintaining equipment that provides experiments with liquid nitrogen and helium, for example, but outside of these the restrictions were very strong. We asked laboratories, based on the BCP, to consider what they would need when research resumed and what had to be maintained until then. The key to responding to such emergencies is not to just go ahead or to halt everything, but to distinguish between what is necessary for the continuation of research and what is not.

In a crisis, we must look beyond just originality

Koyasu: As soon as the scale of the epidemic began to become clear, many researchers expressed their desire to contribute to overcoming the pandemic and to see if their research could be useful in some way. As the Executive Director in charge of research, I decided to solicit research proposals, believing that we must make the most of RIKEN’s research capabilities and resources to respond to the needs of society.

By nature, researchers care about being original. However, given the current situation where we are fighting against a global pandemic, I concluded that we need to go beyond that. If someone achieves a breakthrough, it will benefit all humanity, so I called on people to work on whatever they thought might be effective, even if it was something that other researchers were doing or an idea that seemed trite. In response, we received many proposals. I think the fact that they were able to do research related to COVID-19 even if regular experiments were suspended was also a motivating factor. After all, researchers love research and want to carry out research and contribute to society. As a result, about 30 proposals were selected and launched on April 21 as special projects using the President’s Discretionary Funds, and they have already produced various results. Since June 8, experiments other than those related to the new coronavirus have been resumed in stages, and research and development is now being conducted with safety measures in place.

Koyasu: The most important thing for preventing the spread of an infectious disease is to have correct understanding and appropriate fear. For this reason, RIKEN has a responsibility to provide accurate information to society. Our simulations of droplet spread using the supercomputer Fugaku were widely covered by the media, raising public awareness regarding effective infection control measures. In the future, we are planning to work with virologists to simulate the number of viruses contained in droplets and the amount of droplets that can lead to transmission.

Human beings have overcome and co-existed with infectious diseases throughout history. I believe that we will be able to overcome the COVID-19 pandemic as well. However, epidemics will continue to emerge. By remembering the countermeasures that were effective this time, and by improving them as needed, we can ensure that we will be able to respond quickly the next time. Of course, we need to continue to carry out research on infectious diseases. In recent years, many medical schools in Japan have been shutting down their microbiology, bacteriology, and virology laboratories, and few infectious disease specialists are being trained. In fact, Japan does not currently have any researchers specializing in coronaviruses. Each time we face a new epidemic, people point to the importance of ongoing research, but we really need to prepare for the next epidemic rather than forgetting about it when it ends.

Toward an era of diversity and symbiosis

Koyasu: I think that the keywords for the post-COVID-19 will be diversity and symbiosis. For example, the guts of living organisms, including humans, are host to a wide variety of microbes, which assist in digestion. Humans have long had a symbiotic relationship with microorganisms such as bacteria and viruses. It is time for us to think about how we can co-exist with COVID-19, rather than simply living in fear of it.

This article first appeared in Japanese in the January issue of RIKEN News and then was published on 15 April in English.