The Board of Directors of the European Investment Bank (EIB) approved a total of EUR 3.4 billion of new financing that will strengthen research and innovation and enable companies to expand and improve access to water, transport, and education. This will support new projects in 17 countries.

“Europe must build on its technological and scientific strengths and remain competitive for future generations. Today the EU Bank backed new investment that will allow world class companies to expand, scientists to improve medicine and healthcare, and ensure that research can flourish.” said Werner Hoyer, President of the European Investment Bank.

Highlights of the EIB Board of Directors meeting include:

New projects will strengthen fundamental research in Poland and Germany, enhance neuroscience and back development of battery technology by Northvolt at their gigafactory in Sweden.

The EIB approved more than EUR 2 billion of financing to support new investment by small and medium sized companies.

This will include dedicated credit lines to ensure that companies in vulnerable sectors can grow, and financing reaches programmes that target the specific investment challenges faced by female entrepreneurs, farmers, firms involved in the circular economy.

The EU Bank agreed financing for a new programme to support tourism investment in south-west France.

Trade across central Europe will also benefit from EIB financing to improve rail connections to the Slovenian port of Koper.

Thousands of people living in communities vulnerable to flooding will benefit from new EIB investment to reduce the risk of flooding of the Waal River in the Netherlands and the Rio Salado in northern Argentina.

The EIB also agreed to support new investment to upgrade the sewage network in the Serbian capital city Belgrade.

Financing for five projects approved by the EIB board will be guaranteed by the European Fund for Strategic Investments (EFSI). This is expected to support overall investment totalling more than EUR 2.8 billion 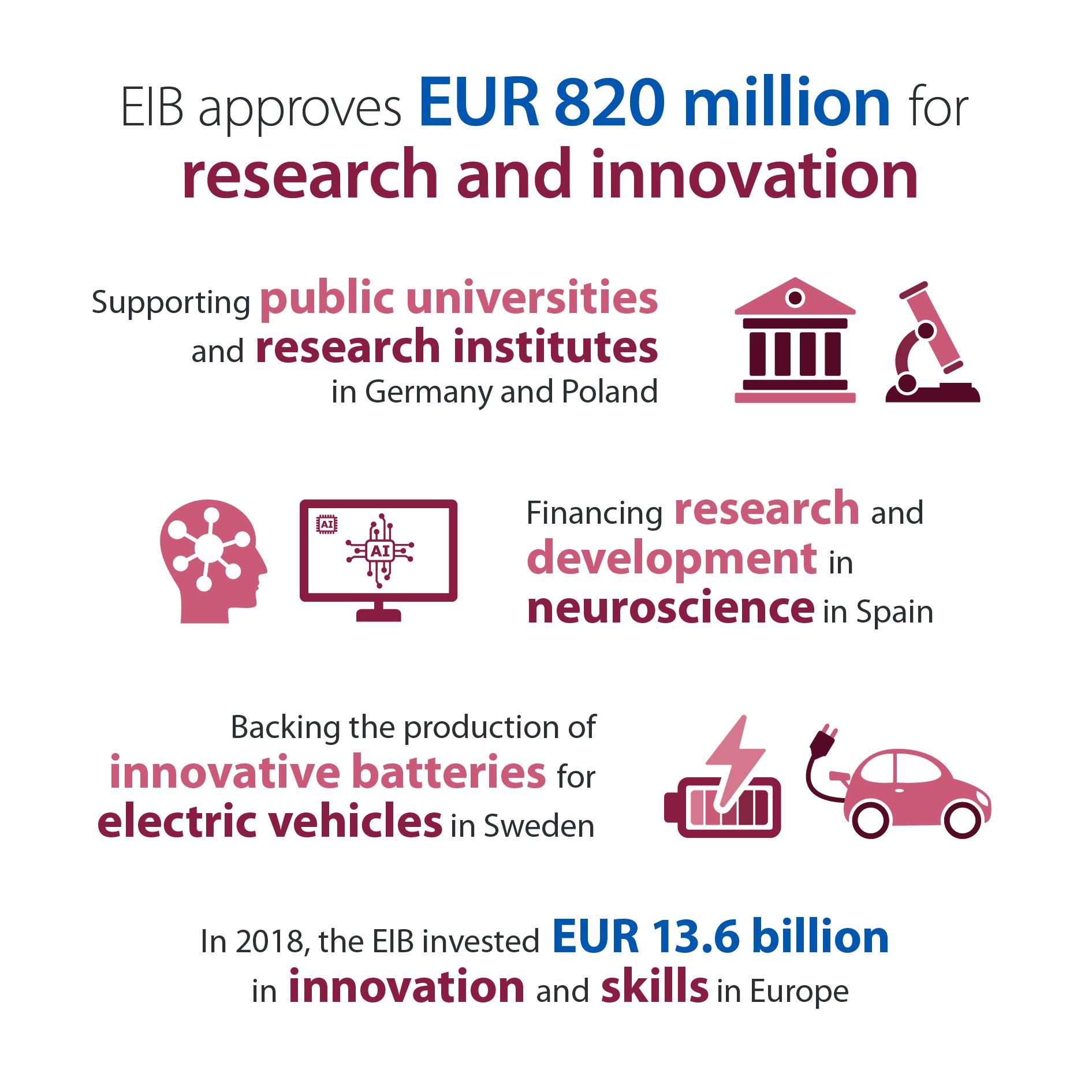 Innovate UK: Small Business Research Initiative (SBRI) gives the public sector the edge
17 May 2022
The Guild: Diversity, sustainability and quality must be the hallmarks of academic publishing in Europe
17 May 2022
GE jet engines power sustainable flight challenge
17 May 2022
University of Amsterdam gets large NWA grant to research social impact of quantum cryptography
17 May 2022