How single cell-genomics could transform medicine

Simultaneous analysis of millions of individual cells could revolutionise treatments of cancer and cardiovascular, neurological, inflammatory and infectious diseases.

The simultaneous analysis of the behaviour of millions of single cells could usher in a new generation of personalised medicine for debilitating and life-threatening illnesses and help people live longer and healthier lives.

Recent technological advances—especially in artificial intelligence—are now enabling doctors to investigate health conditions at a much more granular level, giving unprecedented insight into the nature of disease, the needs of individual patients, and innovative treatments. That was one of the key takeaways from an online discussion on how to meet Europe’s disease challenges, organised by the LifeTime Initiative.

“We [have] never approached diseases in the way that we are proposing or have the opportunity now,” said Nikolaus Rajewsky, one of LifeTime’s two coordinators and scientific director of the Berlin Institute for Medical System Biology (BIMSB) at the Max Delbrück Center for Molecular Medicine. “We get the molecular data of each individual human cell in a tissue, [which] informs us about the decision-making of the cell, why is a cell doing certain things, why is a cell getting sick, and also what are the ways out of this,” he added, noting that single-cell genomics is the “the first big use case for machine learning” in the genomics field, “this kind of data simply didn’t exist before, so you could not leverage machine learning, which we now have at our hands.”

The LifeTime Initiative is using machine learning to make sense of data drawn from various single-cell multi-omics and advanced imaging technologies applied to biological samples, such as biopsies. These technologies can detect nanomolecules, including DNA, RNA proteins and metabolites, within individual cells.

Single-cell genomics could drive innovation in the treatment of cancer, as well as cardiovascular, neurological, inflammatory and infectious diseases. If scientists can measure, analyse and predict specific cellular and molecular processes in individual patients, healthcare providers will be able to provide earlier and more detailed diagnoses and more personalised treatment plans. Geneviève Almouzni, LifeTime’s other coordinator and head of chromatin dynamics at Institut Curie, said: “What we’re aiming for is not to cure a disease when it is already very harmful: it’s really to try and capture when things are deviating from the normal to be able to intervene very early on.”

The LifeTime Initiative encompasses more than 130 medical and scientific establishments and businesses in 22 countries, such as the Max Delbrück Center for Molecular Medicine in Berlin, the Institut Curie in Paris, and the French National Centre for Scientific Research (CNRS). It has received funding from the Future and Emerging Technologies (FET) Flagships scheme in the EU’s Horizon 2020 research programme, which ends this year.

While it was previously possible to look deeply at a single cell or to look at many cells as a group, “it was difficult for us to bring these two views together,” said Aviv Regev, executive vice president of American biotech firm Genentech. The innovation of single-cell genomics allows deep individual analysis of many cells at once.  “These advances in single cell genomics and now in special genomics, really allow us to look at things on the level of both richness and scale that matches the complexity of the human body,” she said.

If it can deliver early disease detection, single-cell genomics could save many lives. Angelika Eggert, director of paediatric oncology at the Charité-Universitätsmedizin Berlin, a major hospital, explained how the approach could help spot children with neuroblastoma, a nerve tissue cancer. Children with stage one neuroblastoma, where there is a single small tumour that hasn’t spread far or deeply, have a 90% survival rate with treatment. But those in stage four, where the cancer has spread around the body, only have a 40% chance of survival, even with treatment.

“If we perform bulk sequencing of the whole tumour tissue we can only capture 1% of the cell population, and only get average results,” said Eggert. But if the whole tumour could be analysed at the level of every cell it contains, “the cell-based interceptive medicine concept really has the potential to revolutionise healthcare in cancer and in all other fields,” she said. For example, one thing that’s missed today is heterogeneity within the tumour; being able to identify particular cancerous stem cells that cause the disease to spread further would allow more targeted treatments. Single-cell genomics could also allow for earlier detection of the tumour’s resistance to different therapies.

The approach also allows a deeper understanding of the patient afflicted by the tumour, as well as the tumour itself. This “comprehensiveness” is significant for the EU’s new research mission on cancer “to put the tumour in its environment, which is the person who has cardiovascular disease, who has diabetes, and who is living in different environments,”  said Christine Chomienne, vice-chair of the mission board.

As this new approach is enabled by data-hungry machine learning tools, improving access to data could help train algorithms and get these tools into clinical use. But Europe has some of the strictest data protection laws in the world. “Public data have a huge importance for research in the fight against cancer,” noted German MEP Manfred Weber. Though undeniably important, data protection “is always the gravity, that is always the centre of the whole debate, and not so much the chances, the opportunities, the perspectives which we can get, if we do it in a reasonable way,” he said.

“The ethical question in innovation has been asked as long as humans have been creating innovation,” added Stefan Olrich, president of pharmaceuticals at Bayer. “With every step of the way we had also to question ourselves again around the ethics,” he said.

Another challenge is funding. Eggert expressed concern about how the LifeTime Initiative might be supported in Horizon Europe, the EU’s new research programme, which contains no equivalent of Horizon 2020’s FET Flagships. Eggert emphasised that LifeTime incorporates different fields of expertise that have never worked together before, so responding to individual Horizon Europe calls focused on one disease or another could undermine that interaction. “Of course people can now answer 100 calls and 100 different subprojects,” but “the resulting research will then be fragmented,” she said.

Still, the European Commission believes the new funding regime will be sufficiently flexible. Anna Lönnroth Sjödén, head of the ‘Healthy Lives’ unit at the European Commission’s Directorate-General for Research and Innovation, said Horizon Europe’s impact-oriented calls will be broader than in the past, allowing more interdisciplinary teams to get involved. Although Horizon Europe’s health cluster identifies the desired outcomes, how to get there is up to applicants, she noted, adding: “We give more freedom now in the way we are writing the topics in the future, for people to come up with their own initiatives and their own solutions.”

Rajewsky pointed out that LifeTime is offering citizens a really integrated way to improve healthcare. "Rudolf Virchow is the one who said that human cells are the units to understand, if you really want to treat diseases. I think that we are in a time where we, as Europeans, and together with the international community, can make this vision a reality and improve healthcare in a fundamental way." 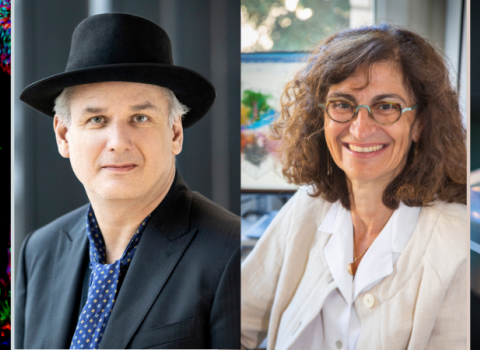