Rather appropriately, given its position as Europe’s flagship frontier science and technology programme, the European Research Council (ERC) has been the first to launch an official work programme as part of Horizon Europe. An international cohort of brilliant young scientists is now racing to submit applications for €600 million in starting grants, with the publication of calls for consolidator and advanced grants expected in March and May respectively.

Nonetheless, with Horizon’s final budget only having been agreed in December, it will take time before the ERC is fully operational – synergy and proof of concept grants will only be announced in the second half of the year, for one thing. Question marks remain about the level of access for associated and non-associated countries. And despite the Commission’s publicly stated ambitions, it is not yet clear how synergies will be established between the ERC, the European Innovation Council (EIC) and the European Institute of Innovation and Technology (EIT).

Against this backdrop, our private, members-only meeting on April 14 will feature an in-depth discussion with Jean-Pierre Bourguignon, the ERC’s longstanding (and now interim) president, about the programme’s short- and longer-term prospects, and the wider contribution of Pillar 1 to Horizon Europe’s impact targets for the next decade. 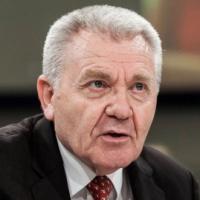