Women make up only 33% of researchers in EU 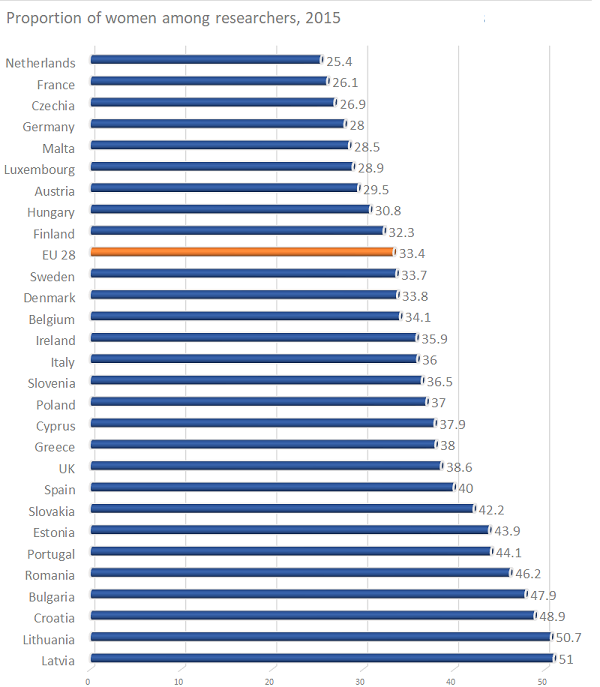