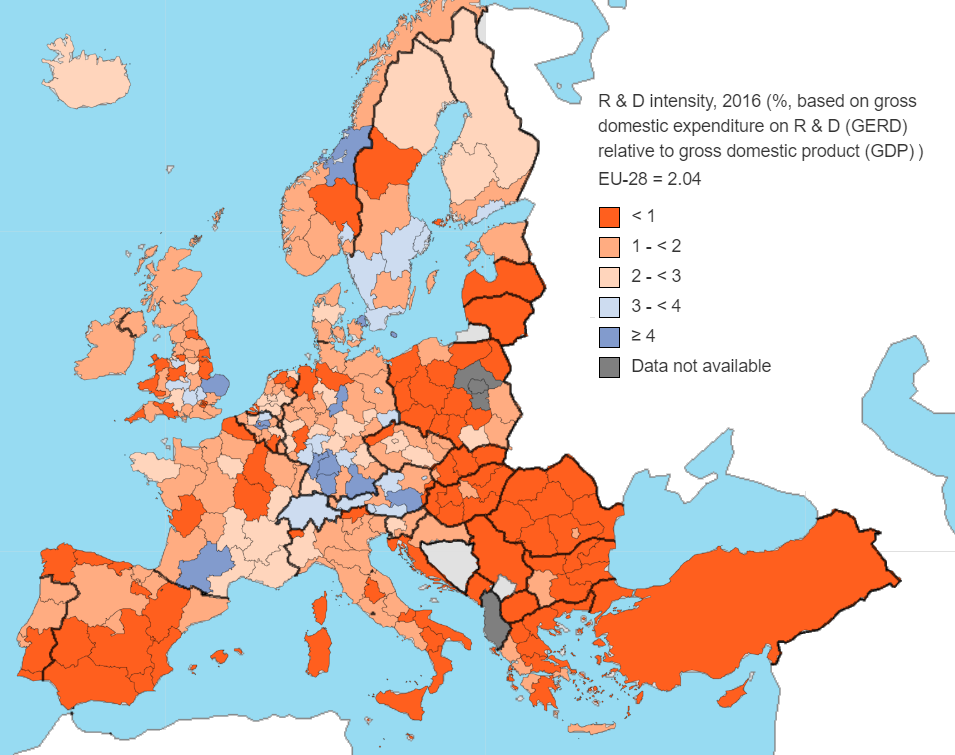 In 2016, almost half of Europe’s total gross domestic expenditure on R&D took place in just 27 of the 266 regions, according to Eurostat’s 2019 regional yearbook.

In addition, only 11 regions, five of which are in Germany, reported R&D expenditures higher than four per cent of GDP.

R&D Intensity is highest in Germany’s Braunschweig region, where total R&D expenditure is 10.36 per cent of GDP. The region is followed by Stuttgart, Brabant Wallon and Vlaams Brabant in Belgium.

R&D intensity is a term used by Eurostat to measure research spending by businesses, higher education institutions, government and private non-profit organisations, as a percentage of GDP. The EU average is 2.06 per cent, well below the 3.0 per cent target set by the European Commission in its policy strategy for 2020.