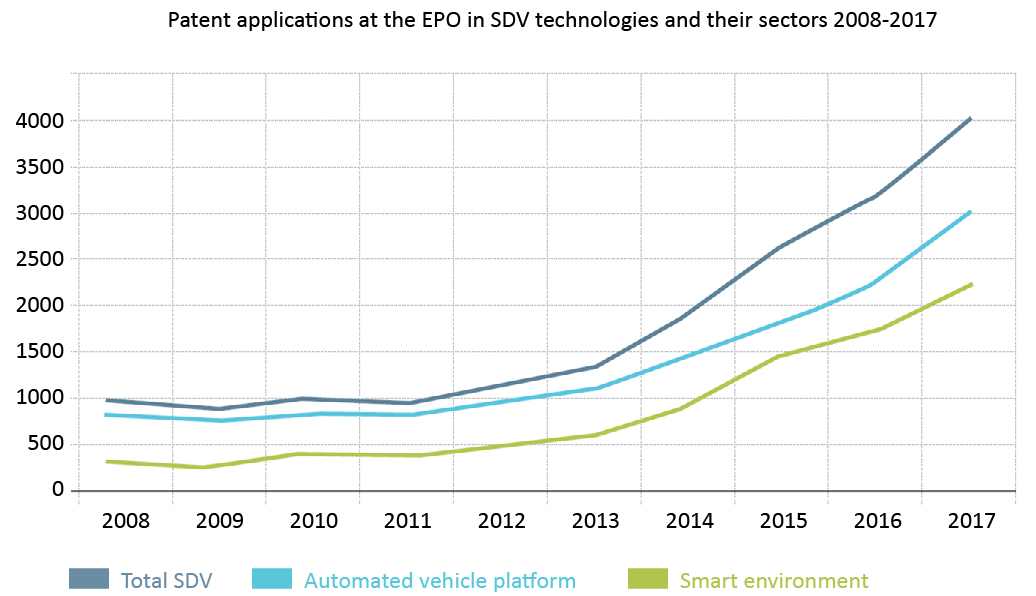 From 2011 to 2017, European patent applications for automated driving technologies increased fourfold, according to the latest data from the European Patent Office (EPO). This is by far the largest increase in the number of patents, with EPO reporting a 16 per cent increase across all technologies in the same period.

Half of the top 25 companies active in the field of automated driving at the EPO are not traditional automotive companies, including the top four applicants, Samsung, Intel, Qualcomm and LG.

Only three companies with experience in the automotive industry made it to the list of top ten patent applicants: Robert Bosch, Toyota and Continental.

In the past ten years, the EPO received some 18,000 patent applications related to self-driving vehicles, with nearly 4,000 in 2017 alone.