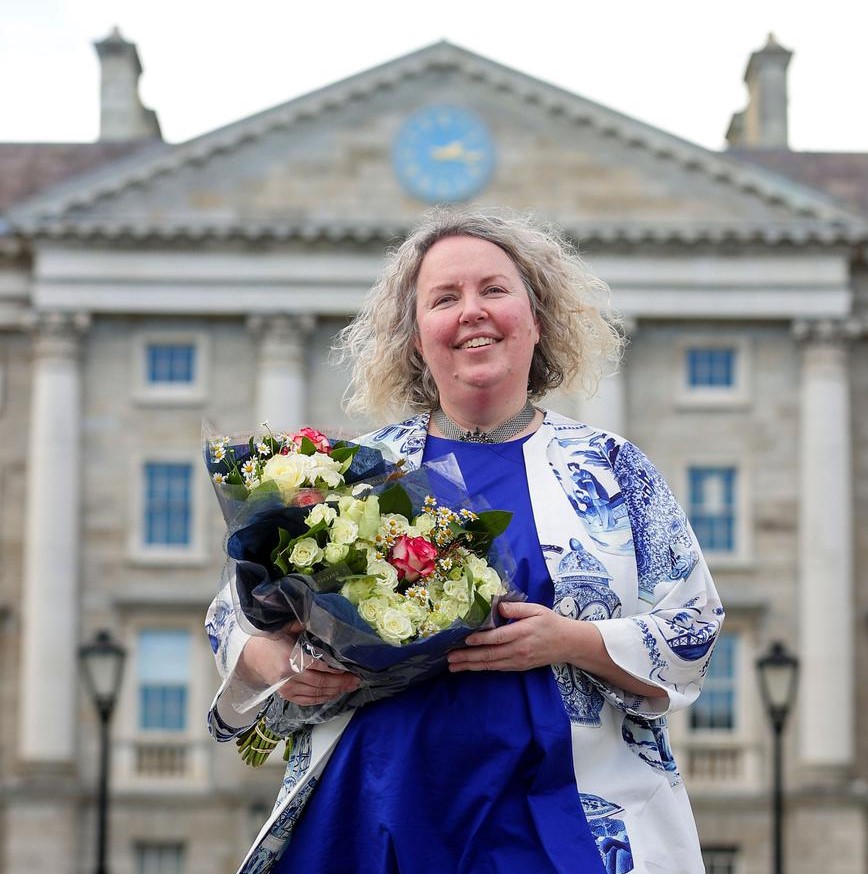 Professor Linda Doyle is set to become Provost of Trinity College Dublin, the first woman to ever hold this role in the University’s 429-year history. She will be the 45th Provost of the University and take over from the current Provost, Dr Patrick Prendergast, on August 1st this year.

Linda Doyle is Professor of Engineering and the Arts at Trinity and became the Provost-elect today after an election involving staff and student representatives. The Provostship has a term of ten years, during which the Provost is responsible for leading the University in achieving its core mission in education, research and innovation, and in strengthening its position as Ireland’s leading university on the world stage. The Provost also plays a central role in promoting the University’s collegial way of life and cultural climate, continuing Trinity’s active engagement with society as well as taking the lead role in implementing the University’s Strategic Plan, fundraising for the University and advancing gender equality.

Professor Doyle has held the role of Dean of Research at Trinity and was the founder Director of CONNECT, the Science Foundation Ireland national research centre for Future Networks and Communications. Her expertise is in the fields of wireless communications, cognitive radio, reconfigurable networks, spectrum management and creative arts practices.  Professor Doyle has been Chair of the Douglas Hyde Gallery and is Chair of the Ofcom Spectrum Advisory Board in the UK. Originally from Cork, Professor Doyle initially studied electrical engineering at UCC, before completing a Masters and PhD in Trinity.

Professor Linda Doyle said: “I am exhilarated to take on this role and to be part of this historic development in Trinity’s history. Trinity is an extraordinary institution filled with exceptionally talented staff and students but I believe we can set our ambitions for it even higher. I want Trinity to be the most open, productive, and creative place to teach, learn and to do research. I want Trinity to be a public university that is fearless in its pursuit of a deep-rooted fairness.”

Dr Patrick Prendergast, Provost said: “I’m delighted that there was not one but three excellent candidates for the position of Provost of Trinity and I congratulate Professor Linda Doyle on her successful campaign. Trinity will now have its first woman Provost and on behalf of staff, students, and alumni I wish Linda the very best in leading the college at this crucial time in its history.”

The position of Provost was advertised internationally in 2020. Interviews took place in January after which successful applicants proceeded to the second stage and were asked to seek 12 nominations from the electorate. The third stage was a formal campaign period that ran until April 7th 2021 culminating in the ballot today from which Professor Doyle emerged as the choice of the electorate.

The election took place electronically and the elected candidate will be appointed as Provost by the Trinity Board at its next meeting.

This article was first published on April 10 by Trinity College Dublin.